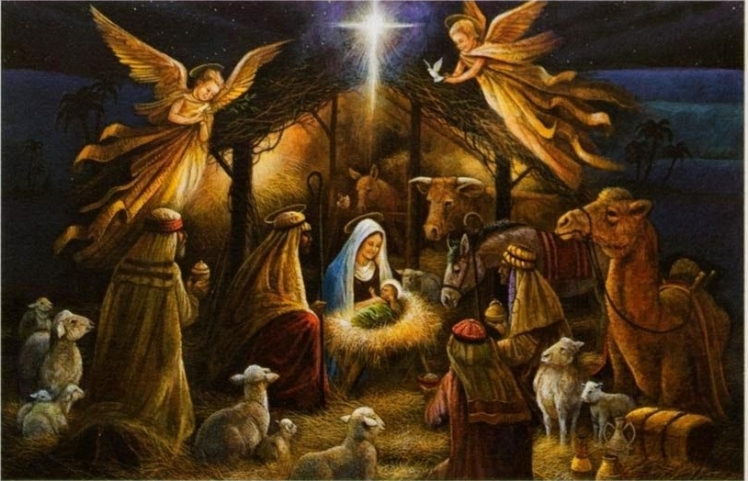 Tradition has it that Christmas celebration in the Philippines begins on December 16, nine days before Christmas Day and ends on January 6, the feast of the Three Kings.

Simbang Gabi is a series of nine predawn masses. The predawn mass was celebrated every morning from December 16 to December 24. Then on midnight of Christmas Eve, we all went to church for Misa de Gallo to celebrate the birth of Christ.

I remember starting on December 16, we would wake up very early in the morning at around 3 am when the church bells started ringing to wake up people so they could get ready for the 4 am predawn mass. The air was usually cool and we walked to church about a mile and a half with sweaters on with the nice cool air in semi-darkness. After mass, we enjoyed seeing our relatives, friends and neighbors in front of the church by the food stalls, buying and eating holiday delicacies: hot bibingka (rice pancakes cooked above and below the fire), puto bongbong (cylindrical rice cake like a pirouette seasoned with butter, grated coconut and brown sugar) and kalamay (rice cake with brown sugar), suman (rice cake wrapped in banana leaves), all cooked on the spot. Oftentimes we bought and ate them on our way home.

I love Kalamay the best. It is a sweet, chewy and nutty rice cake, golden brown in color, usually eaten as a dessert or a snack. It is made of glutinous rice, coconut, sugar and butter or margarine. All of these delicacies are often paired with tsokolate (hot chocolate from local cacao), salabát (ginger tea) or Kape Barako (a very strong coffee grown in the province of Batangas).

The Simbang Gabi originated in the early days by the Spanish friars during the Spanish rule over the Philippines as a practical compromise for farmers, who began work before sunrise to avoid the noonday heat out in the fields. It began in 1669. Priests began to say Mass in the early mornings instead of the evening novenas more common in the rest of the Hispanic world because people would attend the evening novenas despite the day’s hard work. As a compromise, the clergy began to say Masses in the early morning while it was still dark before people went out to work the farm.

This cherished Christmas tradition eventually became a distinct feature of the Philippine culture.