Do you know there was a parachute school in Lipa during WWII? 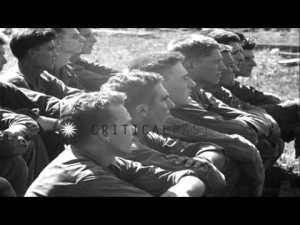 The intensity of the Air Corps Troops Carrier Group’s training and the establishment of the division’s 3rd parachute school at Lipa, Luzon started many rumors floating about the division area.

The more practical savants had the division jumping ahead of the forces invading Japan; others thought China a more obvious choice; and still other amateur strategists thought that Formosa would make a fine DZ.  But, of course, none of these courses of action was to be. 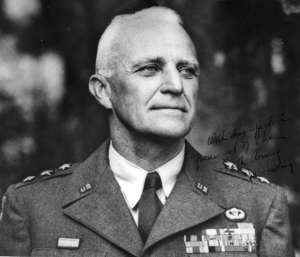 At the end of July, Gen. Swing called John Conable into his makeshift office in a schoolhouse outside Lipa.  Gen. Swing introduced Conable to an Air Corps Major.  The Major asked Conable how many planes it would take to move the division about 800 air miles.  Conable remembers:

I asked General Swing how many units of fire he wanted.  He said figure…